Welcome to our newest series, The Somm Set. Each month we’ll be sitting down with a guest sommelier and uncovering their guilty pleasures, cellar staples, and everything in between! Follow as they hand-select their favorites from our warehouse, giving you the inside scoop on cellar must-haves!

This month on The Somm Set, we’re excited to feature Doug Frost, Master Sommelier & Master of Wine. Join us as we explore everything from his love of Spanish wines and his current endevours in the Walla Walla Valley.


This week from Doug Frost:

Some people drink socially; I drink seasonally. Socially sometimes, sure, but in the COVID era, my wine consumption is more triggered by the approaching evening than by the arrival of friends. I remember a few years ago seeing a poster in my eldest daughter’s dorm lobby, “Drinking alone is a sign of trouble.” My first thought was: what do you mean, the dog’s right here.  So, yeah, I’m not drinking alone, but I’m trying to drink well.

And seasonally. The weather is as crazed as our political discourse, all wild swings back and forth. Now, post-election, a late fall and early winter seem to have found repose, however temporary. My late summer infatuation with German wines now feels repetitive, though only tonight I cracked open an eighteen-year-old Zilliken Saarburger Spätlese that was fresh as a daisy and as delightful as a bowlful of cold apricots. I’ve taken to the recycling bin the multiple empties of Fritz Haag and J.J. Prüm. Sad to see them go, but there are more waiting for me when the sun stops lingering only along the horizon and hangs, as it should, right over the fragile new flowers. Francois has ceded responsibility to his son Antoine, and the wines have gained even a bit more nerve. I haven't met Antoine, but I will never ever forget meeting his father, though it was, in its way, an underwhelming experience. I was pumped, as excited as a kid on Christmas to meet him. When we walked into the darkened cellar, it was hard to get him to step into the dim lights hanging close above our heads. He was taciturn, to put it mildly.  Brief explanations and long silences. I was worried but quickly found my mind caught up in the wines. At that moment, I thought I understood something about wine: it was as if he was unwilling or even unable to talk and had chosen to let the wines speak for him. And speak they did, in strong, deep, sonorous tones, embodying the depth that some Chardonnays can reach.

For now, I’m not quite ready to light a fire, but my wines are getting a bit warmer and more robust. In the fall, I turn to my Italian wines, those tangy, bracing, earth-laden, sometimes even slightly VA-tinged reds draped in complexity disguised as drinkability.  I might start with Produttori dei Barbaresco, one of the greatest wine values on the planet. That doesn’t make them cheap; it makes them one of the greatest wine values on the planet. What are you missing here? I feel like Ol Prez Joe, “C’mon, man!” If you know Barbaresco, you must surely know how far your drinking dollar goes with Produttori. Okay, if you do, in fact, know these wines, you might also know that it's a co-op. You know, one of those places where it’s all about the quantity and not much of the quality. Yeah, what a load of malarkey that is! (I’m still channeling Joe) As no less an eminence than Bob Parker said, this place sets “some of the highest standards of winemaking for any cooperative in the world.” Or any winery, as far as I’m concerned.

But, fine. You want pedigree, that’s fine. Giacomo Conterno is here if you need Old School. If you’re in the mood for New School (at least till the weather turns beastly, then it’s back to Old School), then join me for another visit to Aldo Conterno. I’m just wishful thinking here. I was privileged to visit numerous times before Aldo passed. He was charming and could make you believe that this land spoke with a clarion voice through Nebbiolo. It’s hard to argue it. Whether Barolo or Barbaresco (or even the rest of the Langhe, where the grape may speak with a raspier voice), there is likely no grape with a more distinct personality, for better or worse, I suppose. For me, it’s rather like the embrace of wines of Jerez: at some point, something clicks, and you find that you can’t do without its oddness.

Yes, yes, my friend Tim Gaiser is right: Nebbiolo is as friendly as a pissed off German Shepard in a glass. But, sometimes, like tonight, he’s a good boy. Who’s a good boy? He’s a good boy!

If you want to drink the world's greatest Syrah, you have your shot. Jean-Louis Chave is at least my vote for that trophy. I can't say enough as to how well these wines age and grow and change and prove that people like me who say that twenty years is enough for any Syrah are referring to others than Chave. I have forty-year-old Chave in the basement, and I'm in no hurry, nor should you be if you are lucky enough to swoop up one of these.

Brunello offers no such challenges. It is both nobler and less imperious; Nebbiolo seems always to have come in from digging a hole in the backyard. Brunello di Montalcino got only so close to the digging to make sure the help was doing it correctly and then returned to the veranda. I have many Brunelli that I love and many I don’t. Often, the oak is just too much, and the fruit is weighed down by it. But Poggio Antico? Oh, hell, no.

These wines exude breeding without ever seeming bloodless. They are sappy, extracted, balanced, and exciting for their combination of such characteristics. So, yeah, that’s going to be a feature over the next few months.

Truth be told, tonight I’m drinking a Zinfandel from one of my standby’s, Bedrock Wines. Morgan Twain-Peterson is a remarkable winemaker, and being the son of the legendary Joel Peterson can’t have interfered with his thinking. Between those and the Italian section of my cellar, I think I can make it all the way to spring. So I’d best get started.


Check out all the wines mentioned below! 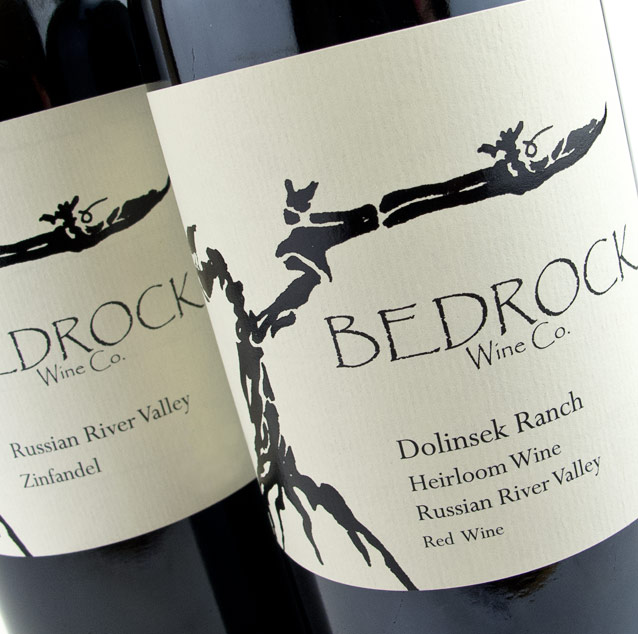 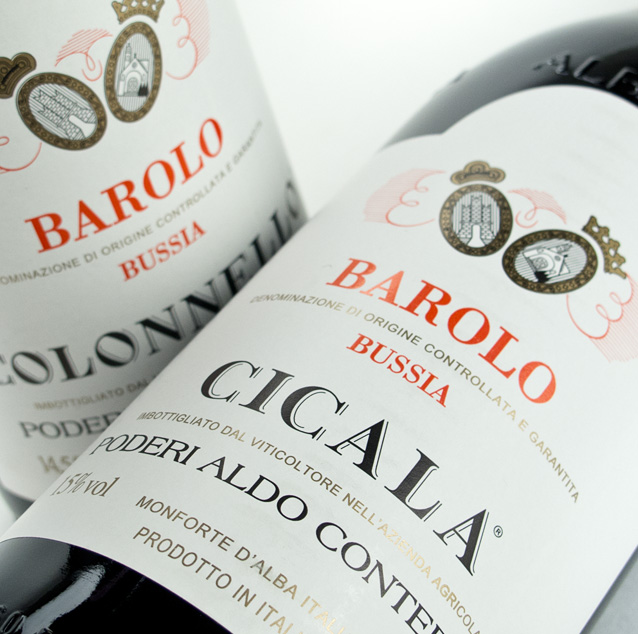 View all wines from Conterno, Aldo 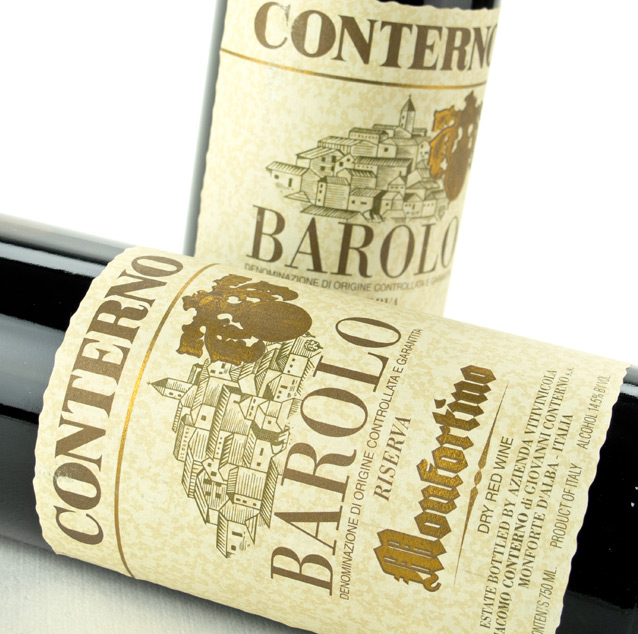 View all wines from Conterno, Giacomo 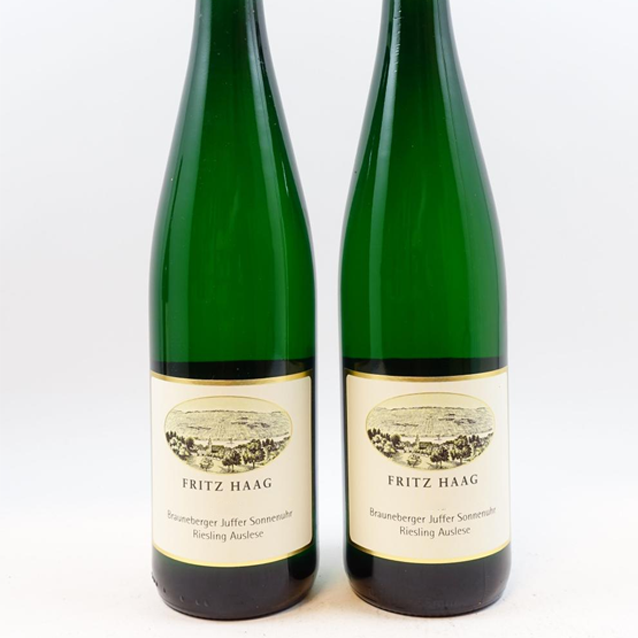 View all wines from Haag, Fritz
<1>